As a composer who has just started releasing music, I’m always on the hunt for good Spotify promotion services.

Before releasing my first single, I didn’t know anything about music promotion. I thought I’d upload my music to Spotify and the rest would be taken care of by the platform. After all, Spotify had millions of users and I believed my track was good.

After countless conversations with other budding artists and doing a lot of research myself, I had a revelation. From getting into the algorithmic Spotify playlists to gaining quality listeners, the right promotion was vital to get your music heard.

Not knowing how to promote music, I ended up sending dozens of blogs and playlist curators my song and hoped some of them would be interested. This strategy wasn’t a complete failure, as I managed to get my song into a couple of decent playlists and blogs.

The biggest problem was that it was extremely time-consuming. I was wasting a tremendous amount of time researching playlists and blogs in my genre, collecting their e-mails, preparing tailored e-mails, waiting for the responses, not hearing back from most of them…

I could instead spend these hours making music rather than promoting. That’s where I started to work with Spotify promotion companies. However, I didn’t realize how many scam companies were out there at first. My experiences with some of these companies weren’t exactly great.

Today, I want to talk about my recent discovery of an amazing Spotify promotion service called PlaylistStreams. which gets me really excited.

This Playlist Streams review will try to explain how it works, its pros/cons, features, plus answer any questions you might have.

PlaylistStreams is an organic Spotify promotion service, helping independent artists and labels get their music on active and genre-specific Spotify playlists with real listeners.

Playlist Streams uses its playlist network of 1700+ curators to gain organic streams and build a solid fan base for artists.

What sets PlaylistStreams apart from others is that it only focuses on organic promotion and has a high-quality personalized approach. It pitches your music to special curator playlists of your genre with quality listeners. This personalized and hands-on strategy helps you reach the algorithmic playlists such as Discover Weekly and Release Radar.

Plus, you’re guaranteed that your music will reach the minimum amount of streams you’re promised to get for your campaign.

We’ll talk about all of the highlights, pros, and cons later in the post though, so keep reading.

There is a special discount on PlaylistStreams for Wandering Tunes readers until the end of May! Use the promo code PLAY8STREAM to get 8% off on all PlaylistStreams plans.

Use the code PLAY8STREAM to get 8% off on all campaigns

How Does Playlist Streams Work?

The first thing you need to do is to choose a package based on your budget and needs. You can check out all types of packages and what they include here on their website.

After applying for a package, there is an approval process that takes between 1 and 2 days. During this process, the A&R team will review your track and decide eligibility. This review process ensures that your music fits the genres and types of music Playlist Streams want to work with.

If your song isn’t approved, your payment won’t be processed, so you won’t lose any money.

The rejection of your song doesn’t mean that your music is bad, nor does it mean you’re a bad artist. The service aims to promote every track in the best way possible to gain the minimum number of streams you’re guaranteed, so they don’t undertake any music that they don’t believe they can handle well.

Unlike other music promotion services, Playlist Streams ensures that your money isn’t wasted on a campaign that won’t work for you. I think it’s really valuable and shows the professionalism and dedication of the company.

Once your song is approved, they begin pitching your music to genre-specific playlists through their big network of curators. You’ll probably see the results in as little as a week.

You can check the detailed statistics of your song and how it performs with the reports the service provides.

The biggest problem with music promotion services is that most of them are scams that will charge hundreds of dollars only to generate fake streams with bots, failing to gain you any real fans.

These scammy promotions will do more harm than good to you.

Not only do they hurt your algorithm through which real listeners can organically discover you, but also put you at the risk of getting banned from Spotify.

I’ve had my share of these scam promotion services in the past, so I’ve done solid research this time to ensure that Playlist Streams isn’t one of them.

It feels awesome to finally see a promotion company that genuinely cares about your growth as an artist and is dedicated to getting the best results from every single campaign they work on.

Playlist Streams is run by a team of organic music promotions experts based in Los Angeles with 10+ years of experience in the industry, so it’s no surprise that they know what they’re doing.

The success of the campaigns and positive customer reviews also tell a lot about their quality of service.

In short, I can say with 100% confidence that Playlist Streams is legit.

PlaylistStreams has 4 types of campaigns for different types of artists and budgets. The cheapest package is the Membership option for $199 per month. The other 3 packages work on a per-campaign basis.

What I like about the Membership plan is that you can swap your song at the end of your monthly subscription if you have more than one song you want to promote. This allows you to test out different songs and see how they compare in terms of streams, saves, and royalties.

I believe the Membership plan is also great for getting to know the service better before making a greater financial commitment with campaign-based packages, though you’re guaranteed to gain the minimum streams for any package.

The key differences between different packages are as follows:

There is a special discount on PlaylistStreams for Wandering Tunes readers until the end of May! Use the promo code PLAY8STREAM to get 8% off on all PlaylistStreams plans.

Use the code PLAY8STREAM to get 8% off on all campaigns

Which Genres Do Playlist Streams Work With?

Playlist Streams primarily accepts Pop, Hip Hop, R&B, EDM, House, Rock, Indie Pop, and Latin Pop. If you’re not sure if your music fits these genres, you can start a campaign on this page and let them review your music.

Your payment won’t be processed if you’re song is not accepted anyway, so there is nothing to lose by trying if you want to work with them. If the song gets accepted, it means your song fits these genres, and Playlist Streams is certain that you’ll reach the minimum number of streams of your package.

It also means that your campaign has started. However, you can always get a refund if you change your mind about working with the service. 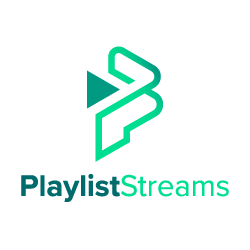 All in all, I wish there were more Spotify promotion services like Playlist Streams that are legitimate, professional, and dedicated to your growth as a musician.

With the increasing domination of the music industry by the scammy promotion companies, Playlist Streams is likely to become the go-to service in the near future for both new and established artists, as well as labels.

I believe paying for a promotion service is one of the best investments you can make for your music career. Playlist Streams’ organic promotion strategies with the personalized approach to each musician make it worth every penny.

Selin Gökova is a neo-classical composer and pianist from Istanbul, Turkey. Holding an ABRSM certificate on piano performance, she's been playing the piano and composing for ten years. Wandering Tunes is her side project where she combines her two passions: writing and music.

Hi, my name is Selin. Playing the piano and composing are my biggest passions. I've founded this blog to share everything I've learned throughout the years about piano playing and learning. I hope you stick around! Read More

×
We use cookies on our website to give you the most relevant experience by remembering your preferences and repeat visits. By clicking “Accept”, you consent to the use of ALL the cookies.
Do not sell my personal information.
Cookie SettingsAccept
Manage consent

This website uses cookies to improve your experience while you navigate through the website. Out of these, the cookies that are categorized as necessary are stored on your browser as they are essential for the working of basic functionalities of the website. We also use third-party cookies that help us analyze and understand how you use this website. These cookies will be stored in your browser only with your consent. You also have the option to opt-out of these cookies. But opting out of some of these cookies may affect your browsing experience.
Necessary Always Enabled
Necessary cookies are absolutely essential for the website to function properly. These cookies ensure basic functionalities and security features of the website, anonymously.
Functional
Functional cookies help to perform certain functionalities like sharing the content of the website on social media platforms, collect feedbacks, and other third-party features.
Performance
Performance cookies are used to understand and analyze the key performance indexes of the website which helps in delivering a better user experience for the visitors.
Analytics
Analytical cookies are used to understand how visitors interact with the website. These cookies help provide information on metrics the number of visitors, bounce rate, traffic source, etc.
Advertisement
Advertisement cookies are used to provide visitors with relevant ads and marketing campaigns. These cookies track visitors across websites and collect information to provide customized ads.
Others
Other uncategorized cookies are those that are being analyzed and have not been classified into a category as yet.
SAVE & ACCEPT